The Lensbury to Host England Lionesses this Summer 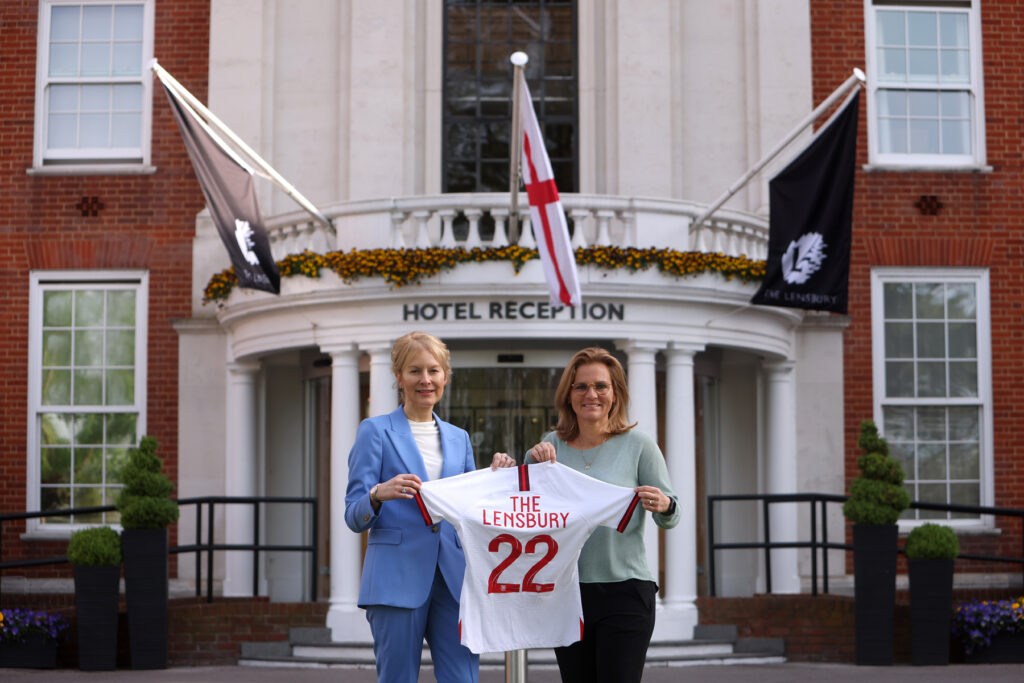 The Lensbury Resort to be England's Home for Euro 2022

Proud to host the Lionesses

We are delighted to officially announce that The Lensbury Resort has been chosen as England’s home for this summer’s UEFA Women’s EURO 2022 campaign.

The team at The Lensbury are immensely proud to have been chosen and are excited about the summer ahead and to cheering the Lionesses on during the tournament this summer.

Speaking of the news, England head coach, Sarina Wiegman felt The Lensbury provided the best possible location for England to prepare for the challenge of taking on Europe’s top teams in July.

Wiegman said: “We are looking forward to our stay at The Lensbury. We have received a warm welcome from the staff already and have been impressed by the facilities and accommodation.

“It is important that our tournament base is a home from home for the squad and support team, and I have no doubt we will find that here. Confirming our base is another step towards what we all hope will be a memorable summer.” 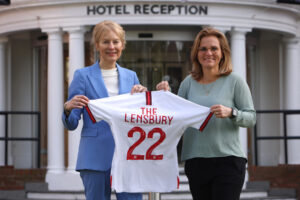 Managing Director of The Lensbury Resort, Julie Hammond said “The team and I are incredibly proud that The Lensbury Resort has been chosen as the dedicated training base for the England National Football team during the UEFA Women’s Euro 2022 tournament this July. I personally am truly excited be a part of the long-overdue rise in interest and associated participation in women’s elite sports and look forward to this excitement continuing to rise during the tournament this summer.
We are very much looking forward to playing our small part and to cheering on the Lionesses throughout the tournament this summer!”

The Lionesses will spend much of June at the national football centre in St. George’s Park, Staffordshire in the lead-up to the opening game against Austria in Manchester on 6 July, before switching to their new home at The Lensbury.

The news helps to cement The Lensbury’s reputation as one of the leading residential elite sports venues in the UK. Elite level sporting facilities include UEFA standard pitches, a state-of-the art elite gym and swimming pool.

The Lensbury is particularly well placed for England’s second  and third group games with Norway at the Brighton Community Stadium on 11 July and Northern Ireland at St. Mary’s, Southampton on 15 July. The 16-nation tournament concludes at Wembley Stadium with the final on Sunday 31 July.

Before heading to The Lensbury Resort, the Lionesses have three warm-up fixtures with tickets for the two home matches still available to purchase via www.thefa.com/tickets. England will begin their preparations by welcoming Belgium to Wolverhampton’s Molineux Stadium on Thursday 16 June (8pm kick-off). England then face the Netherlands at Elland Road, home of Leeds United, kicking off at 8pm on Friday 24 June. Zurich’s Stadion Letzigrunch hosts England’s final EURO 2022 preparation fixture where they take on Switzerland at 5pm (UK BST). All three of the fixtures will be broadcast live on ITV.

View offers
We use cookies on our website to give you the most relevant experience by remembering your preferences and repeat visits. By clicking “Accept All”, you consent to the use of ALL the cookies. However, you may visit "Cookie Settings" to provide a controlled consent.
Cookie SettingsAccept All
Manage consent